We want to not only make awesome content for you, but also help you shout it from the rooftops, spread it far and wide, maximise reach, and most importantly maximise results.

We are always working on projects that matter. Sometimes we shout about it, sometimes it’s in the background, but it’s always happening.

Here are just a few….

We Experience, Capture and Create your moments and stories by creating compelling, engaging and effective content for you or your business.

Our service is much more than just videography or design service, the world is Digital, and we are the experts in Digital. Envoy: Shark Cull has joined forces with Sea Shepherd, the Australian Marine Conservation Society and Humane Society International. The aim of this documentary is to expose these shark culling practices and help raise awareness around the issue to instigate worldwide change.

A project driven by passion and the need for change, the film was Directed & Produced by company co-founder Andre Borell. The project was produced completely in house, and gained national and international media attention with hundreds of thousands of views of the launch trailer.

Thanks to a carefully structured PR strategy, the film and it’s message have been promoted to millions of Australians with appearances on numerous national television stations including Sunrise, The Today Show and all major state broadcast outlets. Seeded across social media with a carefully planned strategy, the film has continued to gain significant interest and following, leading up to its release.

“It’s great to see the work the team behind this documentary is doing to help give voice to an important issue. It seems unimaginable to me that a system would be put in place to punish an animal for roaming in its natural habitat.” The Charleston recently changed ownership and were looking for a refresh of digital content. A business the prides themselves on bringing people together by sharing a delicious meal they value. They value the importance of breaking bread with family and friends.

Nestled in the heart of Glebe, the Charleston is an ode to the beautiful colours and flavours of South Carolina. The interior reflects modern Southern-living and is reminiscent of Charleston’s historic waterfront and pastel-coloured homes. This incredible space was a wonderful canvas for HYPE to create a suite of digital content.

Setting the tone for the venue was paramount, handpicked music and a carefully selected colour tone for both photography and videography were important. The venue has a very intimate and laid back vibe that the digital content needed to do justice. An engaging digital campaign that aided Andrew Fechner to become the youngest Councillor in Ipswich’s history. Andrew is one of two Councillors for Division three in the Ipswich City Council. He was elected on the 28th of March 2020.

The choice for change with a fresh perspective was the campaign message. Andrew’s mission was to mobilise the youth of the city and ensure they care about what happens in local council. As a company that promotes empowering our youth and challenging what is considered normal, we were proud to share his story, his mission and goals for the great city of Ipswich.

All content was produced over a 1 month period. The focus was to ensure brand consistency, prioritise video to engage the youth and leverage social media to reach a wide audience.

“The team at Hype are a pleasure to work with. Narrative driven content is at the heart of what they deliver and in my case integral to delivering a community-driven message throughout my recent campaign. They really know how to get the best out of you on any given project. I cannot recommend them enough! 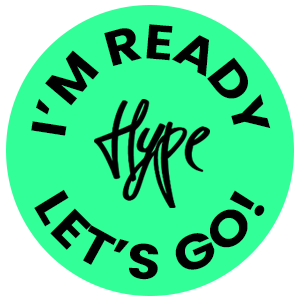